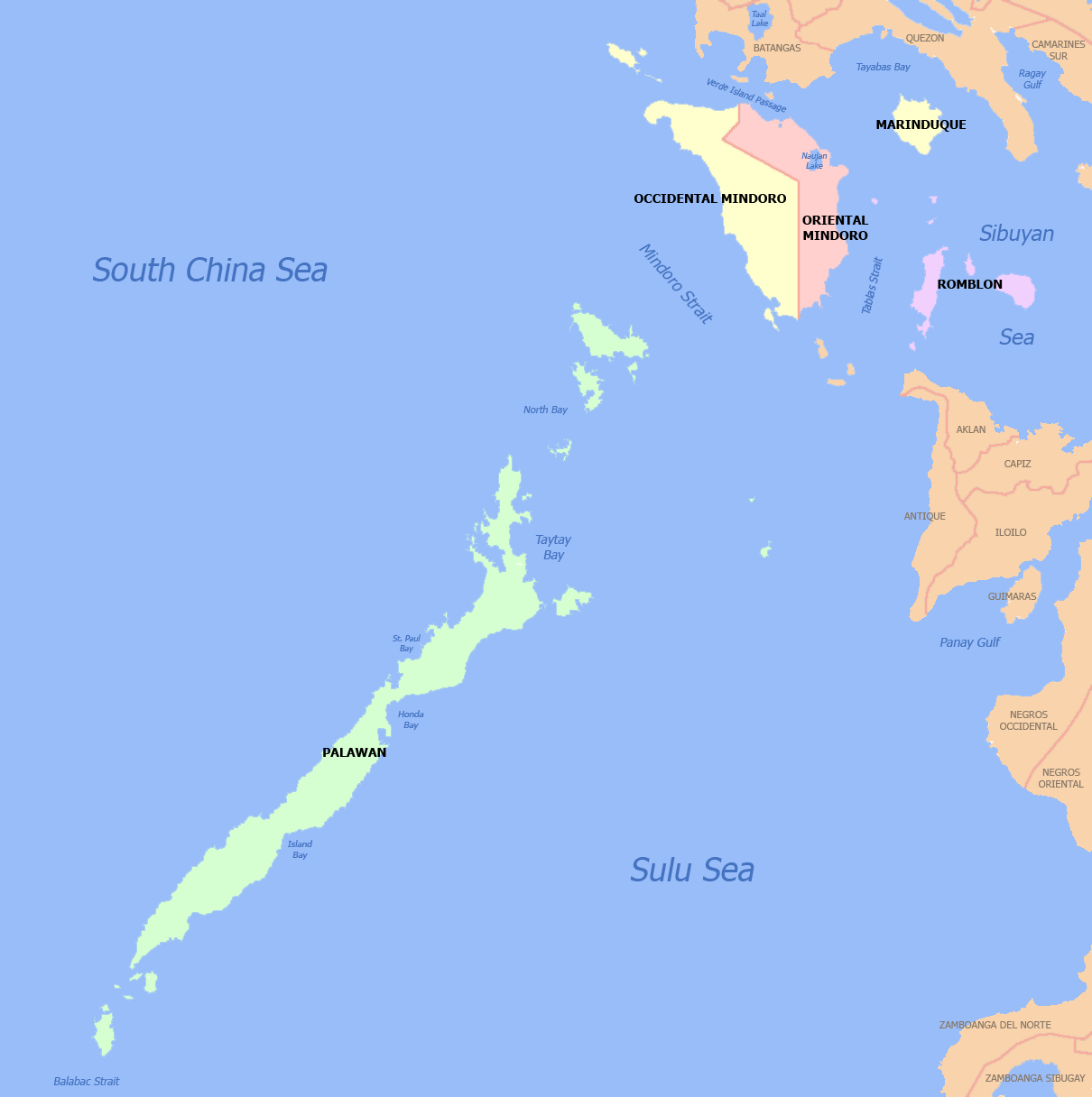 MIMAROPA Region (Region IV-B) is comprised of five (5) island provinces of Southern Luzon, namely: Mindoro (Occidental and Oriental), Marinduque, Romblon and Palawan. Carved out of the former Southern Tagalog Region, MIMAROPA was created through Executive Order No. 103 promulgated on 17 May 2002.

The Region has a total land area of 2,745,601 hectares, broken down into 992,317 hectares of Alienable and Disposable (Agricultural) Lands and 1,753,284 hectares of Classified Forestlands. The total forest area regardless of land classification for the entire Region is 1,195,144 hectares (CY 2003 Forestry Statistics).

MIMAROPA is probably the most biologically significant region in the country in terms of richness in both terrestirial and marine species diversity. Located in the Region are nineteen (19) National Integrated Protected Areas System (NIPAS) sites occupying a total land area of 1,614,578.63  hectares.  It is home to a number of wildlife species found only in the islands including the Tamaraw, Calamian deer, Palawan flying fox, Mindoro imperial pigeon, Mindoro bleeding heart, Palawan hornbill, Mindoro hornbill, Black hooded coucal, Scarlet collared flowerpecker, Palawan peacock pheasant, among others.

MIMAROPA boasts of a long coastline totaling 6,428 kilometers which is 17.7% of the country’s total coastline of 36,289 km. It is made up of twelve (12) main islands, namely: Marinduque, Mindoro & Lubang, Romblon, Tablas & Sibuyan, Palawan, Dumaran, Coron, Culion, Balabac & Linapacan,  It is one of two (2) Regions sharing no land border with another Region, the other one being Region VIII (Eastern Visayas). The entire MIMAROPA area is also part of the Coral Triangle Initiative (Philippines, Indonesia and Malaysia)