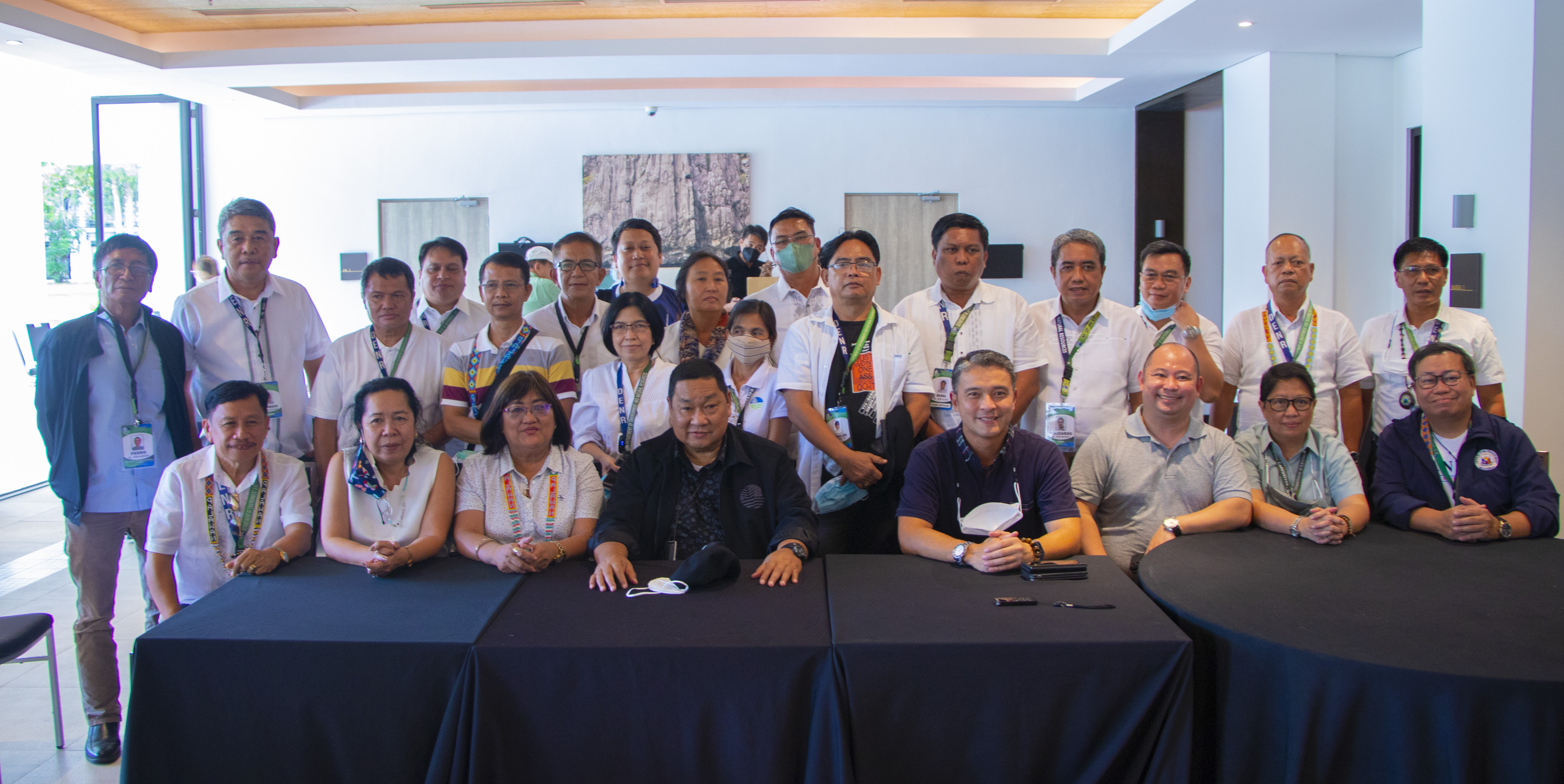 Environment Secretary Jim O. Sampulna on Saturday urges top officials of the Department of Environment and Natural Resources in MIMAROPA Region to ensure the delivery of excellent public service above all, reminding each one to uphold integrity while performing their best for the interest of the people and the nation.

“Magtrabaho kayo ng maayos. Make sure you are in control of the situation but never use your position or authority for personal gain,” the environment chief made his marching orders clear during a short interface in El Nido, Palawan.

Secretary Sampulna also reminded the officers to ensure the welfare of their employees and staff.

“Take care of them, they are the wind beneath your wings,” he said.

The Secretary was in El Nido to lead the recognition of the municipal and provincial governments on the construction and operation of the town’s first Sewage and Solid Waste Treatment Plant. The SSTP is viewed as a critical undertaking to resolve the failing water quality and waste disposal problems in the island, especially in some portions of Bacuit Bay.

It was at this point that the DENR chief has summoned provincial leaders to replicate the efforts of El Nido and Palawan LGUs in addressing similar environmental problems in their respective areas.

“I am calling all the governors in the Philippines, dapat gayahin ninyo ito,” the Secretary  expressed.

Meanwhile, responding to the directive with positivity and enthusiasm, Regional Executive Director Lormelyn E. Claudio set a firm commitment to deliver alongside her Assistant Directors and Provincial and Community Environment and Natural Resources Officers (PENR and CENR Officers), who were all in attendance during the event.

During the recognition program, RED Claudio introduced to the Secretary the initiatives of the region, starting with the issuance of 30 patents consisting of 19 school sites and 11 local national government agencies in Palawan. This has also been the result of the lifting of the suspension in the issuance, processing and approval of survey authority, survey plans and public land applications in the province as instructed by Secretary Sampulna in his memorandum dated March 9, 2022.

The issuance of these patents brings to a total of 1, 245 processed public land patents in the entire MIMAROPA region as of March 30, 2022.

The Regional Executive Director likewise reported the collaborative efforts made with the Palawan local government to help its residents and communities recover from typhoon Odette, which ravaged the province in December 2021, particularly its capital Puerto Princesa, and the towns of Roxas and Taytay.

Under the partnership, teams were immediately mobilized to clear fallen trees and debris on the roads, and extend assistance in the repair of damaged houses and government structures. There were also five mini saw mills established to speed up the clearing operations.

On top of these, the agency also donated a total of 227, 874.98 board feet of lumber that was used to rebuild residential and public structures, which in the end benefitted, 1, 671 families in Puerto Princesa.

Earlier that day, Secretary Sampulna and RED Claudio, together with Palawan PENRO Felizardo Cayatoc, turned over 30 cubic meters or 7, 620 board feet of lumber to  Brgy.  Captain Henry Cacatian to aid the residents in Abaroan, Roxas start anew after the typhoon.

RED Claudio expressed that with the accomplishments of the region in the first quarter of 2022, she is certain that they have already set the ground running for the rest of the year.

She added that the office has also scheduled on Monday, April 4, 2022, a management conference to discuss strategic plans in response to the instructions of Secretary Sampulna.

“Yes, there is still much to be done. But with the guidance of the Secretary and other officials of the DENR, the public can expect the DENR MIMAROPA to be in full force in fulfilling our mandates to the environment and the people,” she concluded.

(Left photo) Secretary Sampulna (third from right) turns over to Brgy. Captain Henry Cacatian of Abaroan, Roxas (second from left), 30 cubic meters or 7, 620 board feet of lumber (right photo) to help residents rebuild their houses and other facilities after typhoon Odette ravaged the town and other parts of Palawan in December, 2021. Together with the DENR chief were (from right, left photo), RED Lormelyn Claudio, Undersecretary Juan Miguel Cuna and Governor Jose Alvarez.