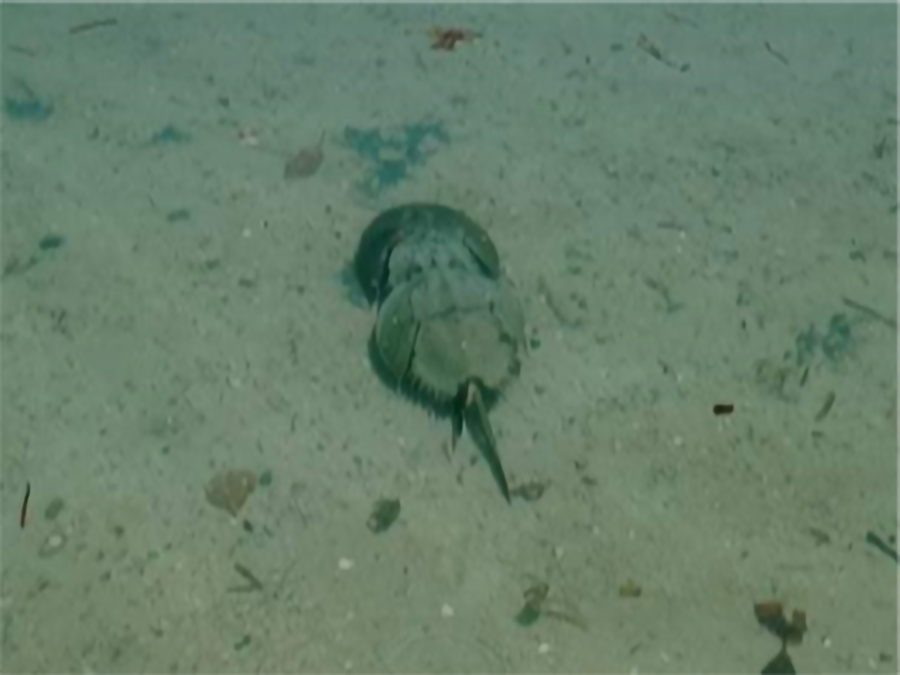 Horseshoe crab (Tachypleus tridentatus) is a marine arthropod that is more related to scorpions, spiders and the extinct trilobites (Hu et al., 2009 as cited in Padin et al., 2017). One of its unique characteristics is its appearance but not identical to their prehistoric ancestors. Literatures revealed that the external morphology of the horseshoe crab changed a little over the past 150 million years (Avise et.al., 1984 and Kin and Blazejowski, 2014 as cited in Padin et al., 2017), gaining the reputation as a “living fossil.”

It is classified as endangered under the IUCN Red list of Threatened Species (Laurie et al., 2019). It has  a critical link to coastal biodiversity. One of their ecological functions is to lay millions of eggs on beaches to feed shorebirds, fish and other wildlife. Its large hard shell serves as microhabitats for many other species such as sponges, mud crabs, mussels and snails. Unfortunately, population density is low due to overharvesting for food bait, biomedical testing and habitat loss.

In the Philippines, the Snake Island in Palawan is the only place recorded where it is found. Snake Island located at 09"54.192N 118"49.490E, within Honda Bay, Palawan was established as the DENR National Coastal and Marine Center for Research (NCMCR) through DENR Administrative Order 2011-12, for specific functions and purposes such as (1) Serve as field station for applied research for the marine and coastal environment, ecotourism, as well as terrestrial biodiversity; (2). Serve as a field laboratory for the implementation of the Integrated Coastal Marine Program pursuant to Executive Order 533 adopting Integrated Coastal Management as a             national strategy to ensure the sustainable development of the country's coastal and   marine resources; and (3). Serve as a model for sustainable coastal and marine management, as well as the proper implementation of the principles of ecotourism.

In spite of the occurring pandemic that the world is facing today, the regular monitoring and patrolling activities of the Snake Island Management Office (SIMO) headed by its Chief, Ms. Rhodora B. Ubani is continuously being conducted. SIMO reported two consecutive sightings of the horsehoe crab on the first semester of CY 2021, February 10 and June 30, 2021.

The two horseshoe crabs with approximately 65 cm (female) and 50 cm (male) length were spotted in front of the research station of Snake Island during their regular monitoring. It is believed to be mating since the male horseshoe crab mounts on the female’s back forming  an amplexus or mating embrace. According to Gerhart (2007, as cited in Padin et al., 2017), the female tows her mate to the shore and burrows near the water after the mating process.

Because of this rare occurrence, it is evidently discerned that  the Snake Island – National Coastal and Marine Center for Research is an important habitat for horseshoe crab in the country. That is why for CY 2021, the Ecosystems Research and Development Division (ERDB) has chosen the Snake Island as one of their pipeline study area.