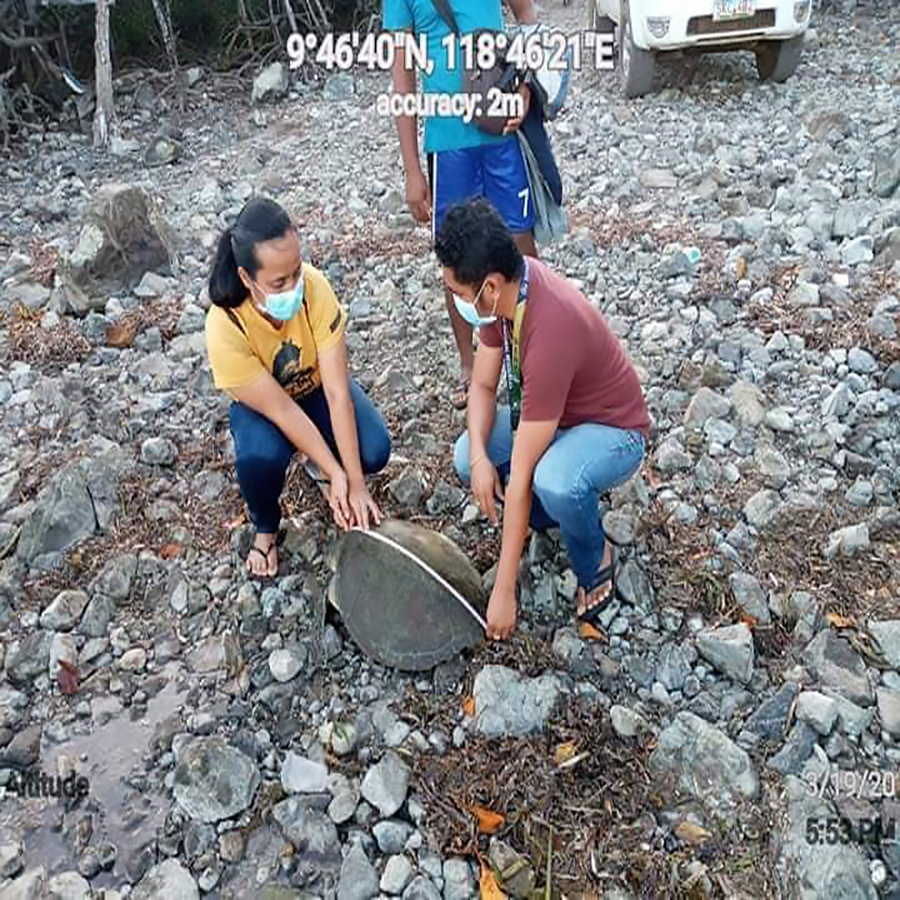 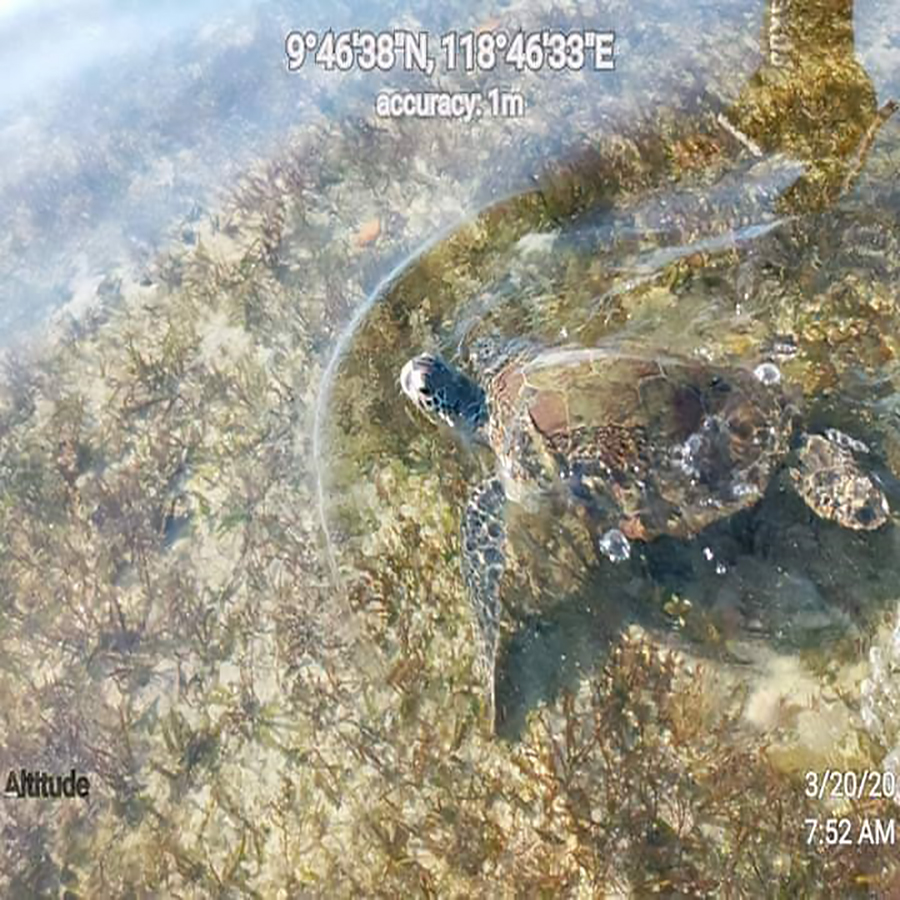 The Department of Environment and Natural Resources in MIMAROPA Region rescued on Thursday, an injured Green Turtle (Chelonia mydas) stranded along the shores of Puerto Princesa, Palawan.

Personnel from the Community Environment and Natural Resources Office, who were working from home due to the Enhanced Community Quarantine (ECQ) being imposed over the entire Luzon, immediately responded to the report of the stranded species sent late afternoon by the staff of Sitio Barimbing in Brgy. San Manuel.

“In observance of preventive health measures on COVID-19, we made sure that our team headed to the area wearing personal protective equipment, and strictly observed the social distancing policy,” CENR Officer of Puerto Princesa, Felizardo Cayatoc noted.

“It might be disoriented due to the impact caused by the propeller,” Ma. Vivian Soriano, Chief of the Conservation and Development Section of CENRO  reported.

As advised by the Biodiversity Management Bureau, CENRO took into custody the injured turtle to further observe its health condition.

The following morning, the turtle was brought back to the sea. The response team was glad to see that it was able to crawl in the sand and make swimming movements when lifted. The movement of its flippers was also coordinated, and it could fully submerge itself and swim normally.

The team then attached to its right flipper, a marine turtle tag with serial number PH0704E to track its movements and collect valuable information that is necessary for its protection.

“We know it would be fine, so it was time to release the turtle back into the sea,” said Soriano who led the CENRO staff and officials of Brgy. San Manuel LGU in sending back the turtle into its natural habitat.

The Green Turtle is in the red list of threatened species of the International Union for the Conservation of Nature (IUCN). Strong, concerted actions are called upon to protect and save its population.

“We are thankful that the community and the LGU remain vigilant in protecting our valued species, even amid the threat brought by COVID-19,” DENR Regional Executive Director Henry Adornado expressed.

“It is also at this time that we recognize our frontline and skeletal staff who continue to render public service despite the risks,” he added.

In line with the observance of ECQ in Luzon, and pursuant to the directive of Secretary Roy Cimatu, the regional and field offices of DENR MIMAROPA currently implement alternative working arrangements, with majority of the personnel working from home. They also maintained skeletal workforce to render vital and urgent/time-bound services.

“We assure the public that for as long as we would not compromise the health of our personnel and the community, we will respond and continue our work in protecting the environment even during these times,” the director concluded. (With report and photos from CENRO Puerto Princesa) ###