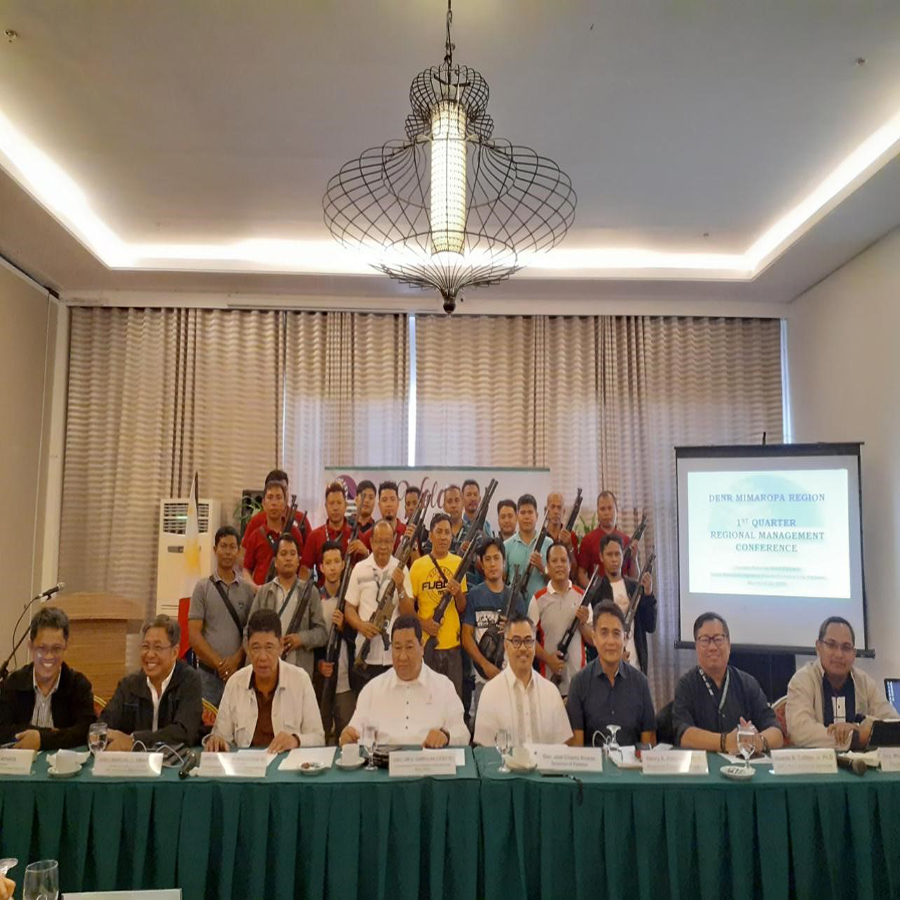 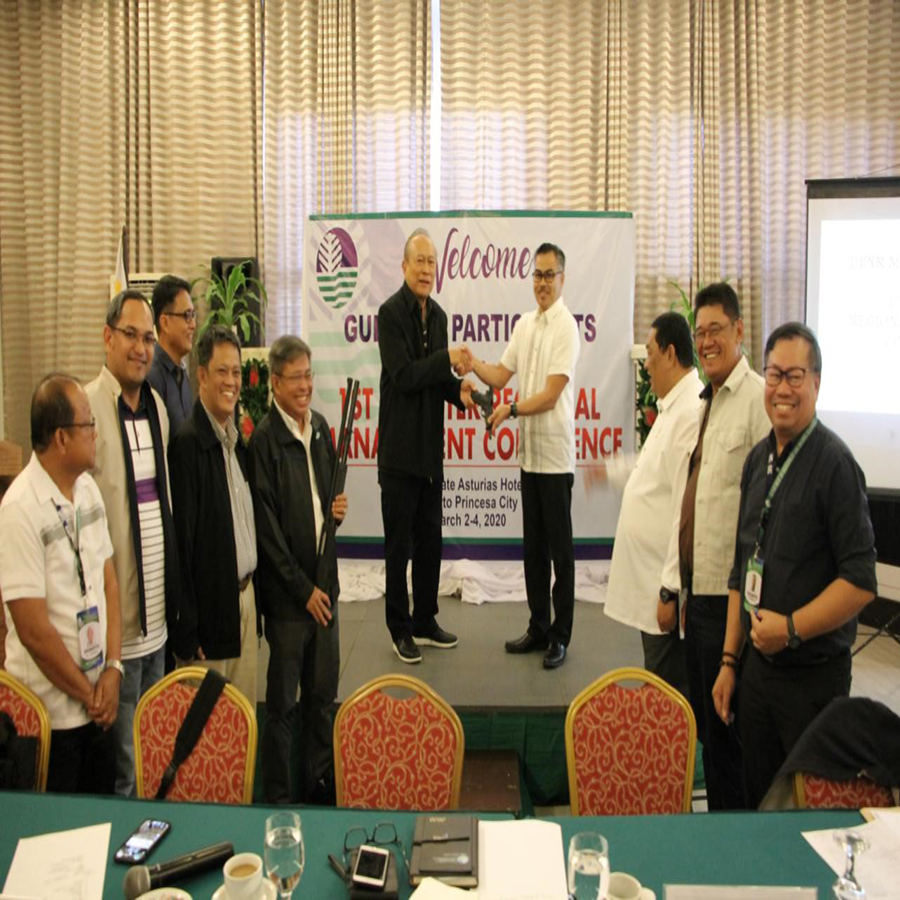 Puerto Princesa. The Department of Environment and Natural Resources - MIMAROPA Region and the Provincial Government of Palawan once again joined forces to continuously protect the country’s last ecological frontier amid serious threats being faced not only by its rich biodiversity, but also by the people defending it.

In a management conference attended by the key officials of DENR, EMB and MGB -MIMAROPA on March 3, Palawan Governor Jose Ch Alvarez  turned over 20 units of firearms to DENR MIMAROPA to arm forest protection officers when they perform regular forest patrol and monitoring activities.

It can be recalled that in September 2019, DENR MIMAROPA’s Forest Ranger Bienvenido Veguilla was hacked to death by illegal loggers while he and his team were visiting a National Greening Program (NGP) site and found environmental violators on their way back in Brgy. Pasadena in El Nido. In August 2017, a forester was wounded while he and his team were ambushed when they apprehended suspected illegal loggers and confiscated an unlicensed chainsaw in the mountains of Puerto Princesa. Only a month later,  a village captain, who was also a  member member of the El Nido-Taytay Managed Resource Protected Area Management Board (ENTMRPAMB), was killed by assailants who were reportedly had grudge with him for apprehending illegal lumber.

The 20 units of guns, which were the first batch of 150 firearms to be donated by the provincial government, were received by DENR MIMAROPA Regional Executive Director Henry Adornado, together with the officials from the DENR Central Office namely Undersecretary Jim Sampulna, Assistant Secretary Gilbert Gonzales, Assistant Secretary Marcial Amaro and Director Nilo Tamoria.

PENRO Eriberto Sanos of Palawan explained that while forest protection officers who shall be issued with the firearms had already attended basic course in firearms, the group will still undergo more intensive training to ensure responsible and safe gun handling.

After the turnover of firearms, RED Adornado and Governor Alvarez facilitated the documentation for the donation of 75,000 bdft of lumber to the provincial government and the local office of the Department of Education. This is in relation to the previous agreement between DENR Secretary Roy Cimatu and Governor Alvarez to utilize the confiscated lumber and have them manufactured by the Provincial Government into tables, chairs and other school fixtures before distribution to the DepEd.

“This only proves that the shared efforts of DENR and the LGU are crucial in saving Palawan’s natural resources and in helping our people, particularly the youth, in securing a brighter and greener future,”  Director Adornado remarked.

Later that day, Undersecretary Sampulna led an awarding ceremony that recognized the valiant efforts of Veguilla and his team on that fateful day of September 4, 2019. The undersecretary handed over to Veguilla’s sons, John Patrick and John Carl Matthew, the Medalya ng Bayaning Kalikasan Award in honor of their patriarch’s relentless dedication to defend the forests against all odds. A financial support amounting to Php 30,000 was also given to the forest ranger’s family.

Meantime, Veguilla’s team members, Jenuel Casel, Herson Caliao, Norlito Jongay, Godensio Caber and Marvin Flamiano, were awarded a Plaque of Recognition for going beyond the call of duty, and demonstrating strong commitment to protect the environment. ###